Without Elder Abuse Education, Frontline Professionals Lack the Tools to Stop the Abuse.

Mr. Smith is an 86-year-old man with mild dementia and severe heart disease. His drug abusing adult child repeatedly takes money from his wallet without permission. The problem has become so severe that he cannot afford to pay for his heart medication. His heart disease continues to worsen, and he has been repeatedly hospitalized.

A hospital worker noticed and reported the case of Mr. Smith to adult protective services (the agency that investigates concerns about elder abuse in most states) and a worker has been dispatched to investigate. At this visit, to her surprise, both Mr. Smith and his son corroborated the whole story. However, Mr. Smith refused help, even though he nearly died in the last hospitalization. “He’s my son and I love him.” He said, “I don’t want anything to happen to him.”

The adult protective services (APS) worker is mindful that older adults, like all adults, have the right to make their own decisions. She reported Mr. Smith’s preferences to her supervisor, who agreed that there was nothing that could be done in this situation.

What the APS worker did not appreciate was the fact that Mr. Smith lacked to make an informed decision about his situation because of his Alzheimer’s Disease. Because the patient’s dementia was described as “mild,” and because he seemed to make sense in her brief interview, his decision-making capacity would be hard to determine for an untrained person.

Weill Cornell faculty members Risa Breckman, LCSW, and Dr. Robert Abrams, in collaboration with University of Pennsylvania Geriatrician Dr. Jason Karlawish, have collaborated to educate APS workers on how to assess capacity using an ingenious instrument called IDA (Instrument for Decisional Ability). Although originally dissuaded by mental health professionals that this could and should be done only by psychiatrists, they recognized that this was impractical for patients in this situation.

Once trained, the APS worker noted concerns for Mr. Smith’s decision-making capacity, which was subsequently confirmed by a geriatric psychiatrist. A guardianship proceeding began, which enabled the patient to get his heart medicine; this also facilitated getting his son into a drug treatment program.

Ongoing education for professionals and the public is critical to ending elder abuse.

We need additional support for education and training to accomplish the following:

Unlike child abuse, many professionals who come in contact with older people have not be trained to intervene, or even recognize, elder abuse.

Physicians may mistake the symptoms of elder abuse, such as broken bones, for osteoporosis (thin bones associated with aging).

Neighbors may dismiss an older person’s account of abuse or theft as due to Alzheimer’s Disease or another mental health problem.

Additionally, abusers themselves may not realize that some of their behaviors, such as taking an older person’s money or property without permission, actually amounts to elder abuse.

Our Team Conducts and Supports Public and Professional Education.

Elder abuse is often missed or dismissed for a number of reasons – ageism, lack of education, the mistaken belief that violent conflicts within a family are no one else’s business. We aim to give the public and professionals from all walks of life concrete tools to recognize and intervene in elder abuse through these many educational efforts

Educating and Engaging the Public
The first step in ending elder abuse is to dispel these misconceptions and teach those who come in contact with victims that it occurs commonly and can be addressed. Our team’s work has been featured in the media nationally and internationally on television, radio, and newspapers. At elderabuse.org, we aim to use social media to share information with the general public. We hope to build awareness of elder abuse and drive direct action from the public.

Training Professionals
Members of our team have lectured nationally and internationally about elder abuse on hundreds of occasions. We have trained physicians, nurses, police, lawyers, bankers and other professionals who might come into contact with elder abuse. We have engaged with thousands of learners in this way, and support educational efforts in communities that wish to bring the message of elder abuse detection and prevention to their citizens.

How we use your donations to fund Education 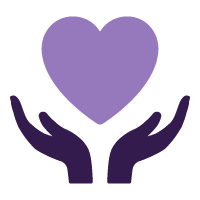 Professionals who come into contact with elder abuse are eager to learn new techniques and best practices to prevent and intervene in cases of abuse. Your donations will get the most up-to-date information to these professionals who work on the front lines.

Risa Breckman, LCSW, Dr. Robert Abrams, and Dr. Jason Karlawish recognized a startling gap in adult protective service (APS) worker training: that the people on the front lines of elder abuse have not been formally trained to assess decision-making capacity.

With funding from the New York Community Trust, they embarked on an innovative curriculum, the Interview for Decisional Abilities (IDA), to teach non-psychiatrists how to assess decision-making capacity, and demonstrated this could be done feasibly by many classes of aging professionals including APS professionals. This enables patients with capacity to retain the dignity to make their own decisions, but saves lives in situations where bad decisions are being made irrationally due to medical illness.

The Interview for Decisional Abilities (IDA) was featured in The New York Times.