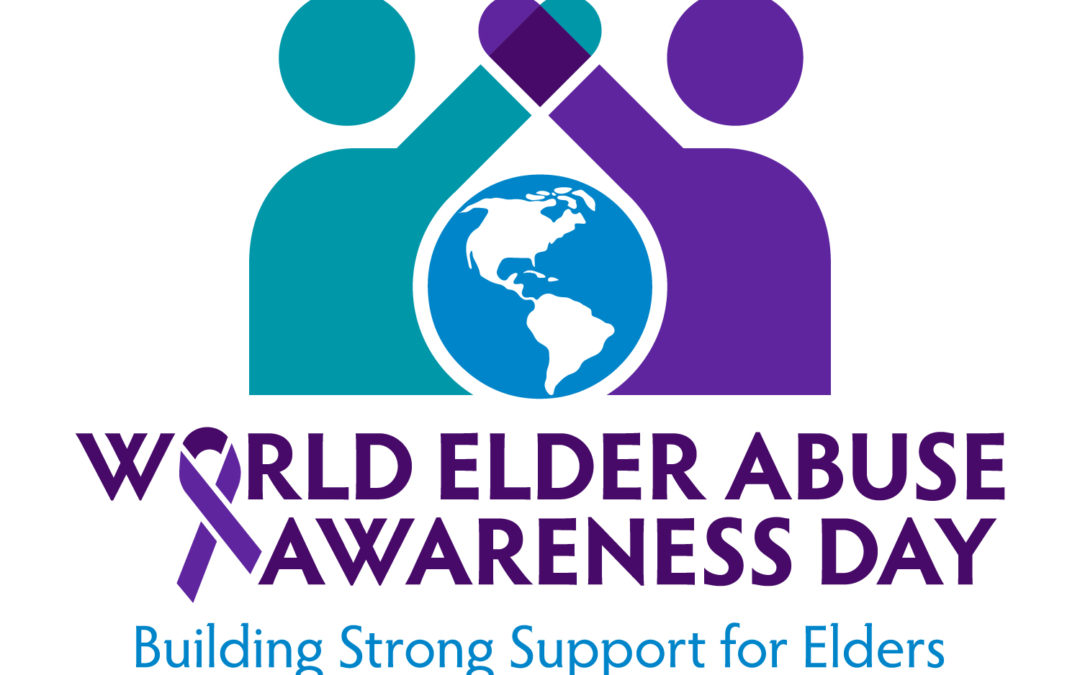 On Saturday, June 15, 2019 millions of people around the world will recognize World Elder Abuse Awareness Day (WEAAD).  In 2007, the United Nations adopted June 15 as a day to raise awareness of this often silent epidemic that affects more than 1 in 10 older adults — with only 1 in 23 cases ever being reported.

Countless older adults are abused, but friends, family, neighbors and loved ones can provide valuable social supports to help ensure an environment of safety and security for vulnerable adults.  We all have a role to play – and each of us can make a big difference!

A number of excellent organizations dedicated to raising awareness of elder abuse have produced special materials, interviews and articles to celebrate World Elder Abuse Awareness Day.  Below are just a few resources for those interested in joining this worldwide effort:

The World Elder Abuse Awareness Day Event Map is a production of the USC Center on Elder Mistreatment.  Visit and find an event taking place near you! There are also suggested ways to Take Action on Elder Abuse in your own community.

The World Elder Abuse Awareness Tool Kit, also produced by the USC Center on Elder Mistreatment, includes a wonderful variety of materials such as outreach guides, tools, sample letters to the editor, flyers and placemats.  Check it out, download, and share widely!

Elder Justice Q & A with an elder justice expert who shares how we as a nation can make America a safe place to grow old. Her new book  Elder Justice, Ageism and Elder Abuse offers a roadmap for promoting individual rights and social justice in aging policy and programs. This Q & A is presented by the New York City Elder Abuse Center.

Several Guides for Financial Caregivers have been produced by the Consumer Financial Protection Bureau to provide help for caregivers handling the finances for a family member or friend who is incapacitated.

“Elder abuse is a global social issue which affects the health and human rights of millions of older persons around the world, and an issue which deserves the attention of the international community . . . . The United Nations General Assembly, in its resolution 66/127, designated June 15 as World Elder Abuse Awareness Day. It represents the one day in the year when the whole world voices its opposition to the abuse and suffering inflicted to some of our older generations” – World Elder Abuse Awareness Day 15 June by the United Nations

“World Elder Abuse Awareness Day (WEAAD). is about coming together to reaffirm that older adults are equal members of our communities, entitled to all the same dignity, rights, and security that each of us would expect at any age.”  – Lifting up Voices for World Elder Abuse Awareness Day by the Administration for Community Living (part of the US Department of Health and Human Service created in 2012 to increase support available for older adults).

Visit How To Help to learn more about how you can support our efforts to prevent and stop elder abuse.